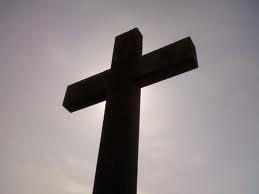 The Minister for Children & Youth Affairs, Frances Fitzgerald TD has not ruled out a state inquiry into abuse in Raphoe.

She has “acknowledged” the work of the National Board for Safeguarding Children in the Catholic Church and the publication of the reports on safeguarding practices in six Catholic dioceses.

In July 2011, following publication of the Cloyne Report, Minister Fitzgerald called on the Church and its National Board for Safeguarding Children to publish all diocesan reviews. Today’s reports represent the first six such reports.

The Minister stated: “I intend to have the reports reviewed by the HSE. I will also meet shortly with Mr. Ian Elliott, CEO of the National Safeguarding Board, and the HSE’s National Director, Gordon Jeyes, to discuss the review findings.

“A close working relationship has been developed over recent months between Mr. Jeyes and Mr. Elliott, which followed from my request for greater collaboration on foot of the Cloyne Report.  The purpose of this engagement is to ensure that the Church has in place the necessary structures and practices to safeguard children, and that it is operating in accordance with the provisions of the Children First National Guidance.”

The Minister welcomed what she described as “evidence of a new and more transparent approach by the Church to the issue of child protection”. Minister Fitzgerald stated: “I am pleased that the Bishops have published these reports.

“I consider that the publication of these reviews represents an important first step in developing a national assessment of child protection practices across the Catholic Church. It therefore sets a welcome precedent. I would expect that all subsequent reports will be published by the Church into each of the remaining dioceses.

“I welcome the fact that the reports demonstrate evidence of a marked improvement in two key areas of safeguarding practice, firstly that the reporting of allegations to the statutory authorities now occurs promptly and comprehensively, according to the assessment of the National Board, and secondly that the need to create and maintain a safe environment for children is accepted and implemented by each diocese examined.”

“The reports published shed further light on poor historic practices within the Catholic Church. The reports collectively indicate that across the six dioceses over 160 allegations of abuse were made to the statutory authorities in respect of 85 priests. The allegations resulted in 8 convictions.”

“The publication of the six reports, while to be welcomed, does not provide a national assessment of current safeguarding practice across the Catholic Church. In addition to the work of the National Board I am also awaiting the completion of a national audit of each diocese which is being conducted by the HSE under Gordon Jeyes. The HSE is also conducting an audit of practice in each religious order. We need to await the findings of this work before we can say with confidence that children are fully protected and that the lessons of the past have been learned and acted on. I also await the reports of the other dioceses.”

“The Government announced a series of initiatives following the publication of the Cloyne Report. These include legislative provisions designed to better safeguard children, including putting Children First on a statutory footing and the enactment of the Criminal Justice (Withholding Information) Bill. I am working closely with the Minister for Justice, Equality and Defence Alan Shatter TD on progressing these measures which are seen as a high priority for Government.”

Minister Fitzgerald concluded: “The publication of the reports today will serve as a painful reminder for the many victims of past child abuse. It is they who will judge this response by the Catholic Church to past failings. It is important to restate the importance of reporting all incidences of abuse and I would urge victims not to suffer in silence, but to come forward to the Gardai or the HSE. I would also encourage victims to avail of the HSE’s National Counselling Service which is operating a special phone line on freephone 1800 303 529.

“These reports should not be portrayed as rendering clerical child sex abuse as an historic, rather than an ongoing issue. That would be easy to assume. Dangerously easy. The fact is that it can take ten, twenty or more years for survivors to unearth and face deeply buried memories, so we must not assume we are free of this plague and that it belonged to one period of church history only.”