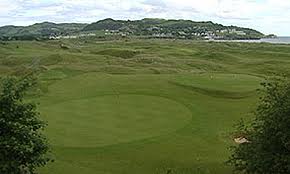 Events to mark the deaths of more than 250 sailors who were drowned when the HMS Saldanha went down in stormy seas off the coast of freezing Lough Swilly almost 200 years ago get underway today.

Both the ship’s captain and its parrot were recovered but many of the men who perished on board the stricken vessel were never found.

Captain William Pakenham managed to make it to shore but reportedly died from the shock of poitin poisoning given to him by helpful locals.

His parrot, which had a silver collar inscribed with the words “Captain Pakenham – Saldanha’, was shot a week later by a gamekeeper.

A massive stone close to the 18th fairway on the famous Portsalon Golf Club is believed to have been used to cover the bodies of some of those who drowned and were washed ashore.

Now, on the eve of the disaster’s 200th anniversary on tomorrow, historians are looking at using scanners to locate the bodies.

Anne Cadwallader, a member of the organising committee of the Saldanha Commemoration, told Donegaldaily.com that members of Portsalon Golf Club have been very accommodating.

“They could have been a little bit sticky about this but all they have been is welcoming.

“They have given us all the assistance we have asked for and have even allowed us to have a commemoration ceremony on the golf course.

“We believe as do many others than there are bodies buried on the 18th fairway. Over the years many bones have been found,” she said.

As well as the physical finds, there have been many unexplained happenings over the years with reports of ghostly sailors walking the coastal roads close to the scene of the tragedy.

The ship’s original anchor has also been recovered and is located at Fort Dunree MilitaryMuseum.

Now 200 years after the tragedy, the men who lost their lives are finally to be honoured and the restless souls given some form of closure.

Today, Saturday, ecumenical prayers will be said close to the grave of Captain Pakenham at the Abbey graveyard in the seaside village of Rathmullan from where the Saldanha set out.

The following day on the 200th anniversary of the tragedy, maritime historian John O’Raw will give a talk at Portsalon followed by a torchlight procession to the site of the mass grave on the golf course.

Donegal County Council is also planning to erect granite memorials to the tragedy at both Portsalon beach and on the golf course.

“Hopefully both these ceremonies will put these wandering souls to rest,” added Ms Cadwallader.

All details of this weekend’s event are in the poster below: 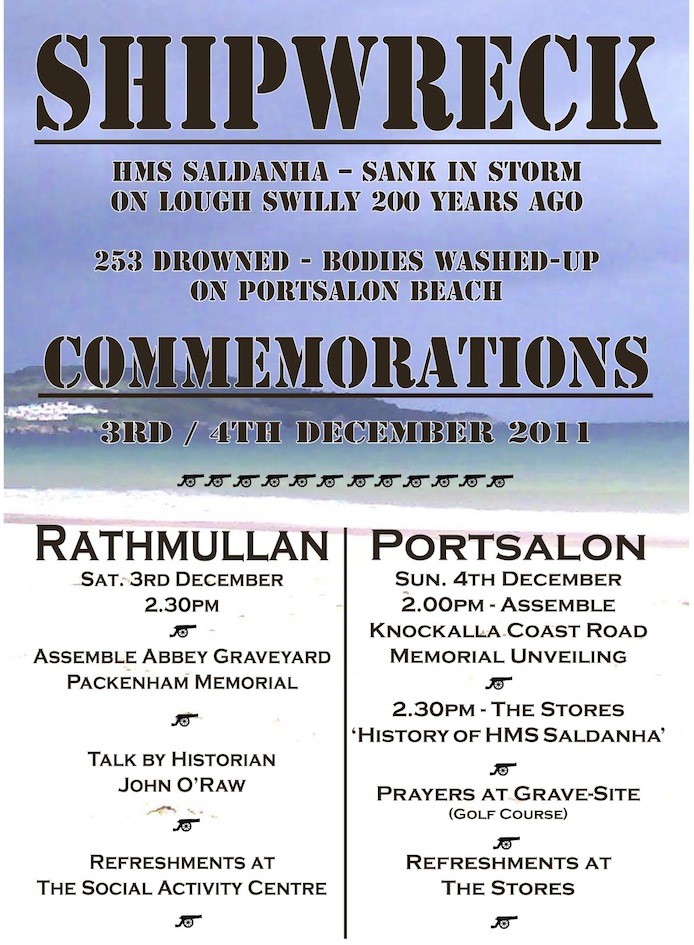