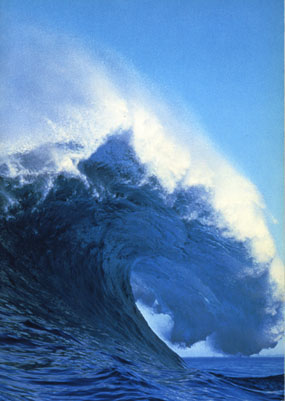 THE biggest wave ever recorded off the Irish coast was spotted today off Donegal – measuring a massive 20.4 metres – 67 feet.

It was spotted just after 2pm, said the forecaster. And it was slightly bigger than one recorded two hours earlier at the same spot – it was 20.2 metres!

“There was a record wave of 20.2 metres earlier but it didn’t last very long,” a spokesman from Met Éireann said.

“The previous record was something like 16 metres so it’s a significant jump in magnitude.”

“These are relatively new buoys that can do this. I don’t think we would have records going back a long time – so it’s a record but it’s a relatively new measurement system. It’s not like some of our temperature records that go back over 150 years but certainly it’s exceptional.”

“If you get a long stream of strong winds from the same direction, you get waves building up. Often, it’s to do with the fact that the wind direction is quite consistent so it keeps building up and up. It’s possibly been building up over the last few days.”

The wave came on a horrible day in Donegal with power cuts in Glenties, Killybegs and Movilee as 145 km/hr winds lashed the county.

There are also floods on many roads tonight with Gardai warning people to drive carefully.

The new bypass at Mountain Top (N56) is particularly dangerous with large amounts of surface water.

The Irish Coast Guard has warned people to stay away from beaches, piers and other coastal paths overnight as freak waves are hitting the county.