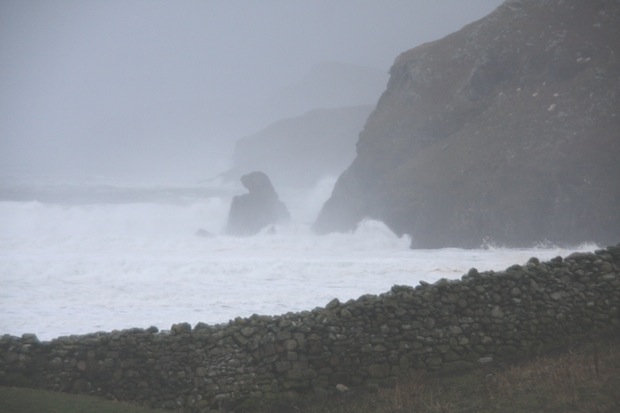 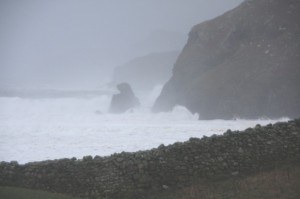 UPDATED: DONEGAL is being battered by a damaging FORCE 11 storm.

Winds gusting to an astonishing 150km/hr have increased to 160km/hr and are hitting coastal areas of the county.

Tides of over 10metres are hitting the coasts – and 50mm of rain is expected to fall today.

There is also the possibility of more snow on higher ground throughout Tuesday and since 10am many areas are being lashed with hail storms.

The winds hitting the county are the strongest to hit in months and are what would normally accompany a hurricane.

There were also reports of road blockages in Donegal Town, Dungloe, Ardara, Kilcar, Glenties and Ballybofey. The Harry Blaney Bridge is closed.

A power line is down between Ballyliffin and Carndonagh and a tree is partially blocking the N13 Letterkenny/Ballybofey Rd near Kilross.

Gardai have warned motorists to drive with caution.

Power has been cut to thousands of homes during the night. Donegal and Sligo have been worst hit, with 9,000 customers affected although half of those were repaired by 10.30am. 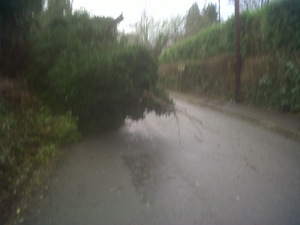 Said a Met spokesman: “Winds will moderate later in the day.”