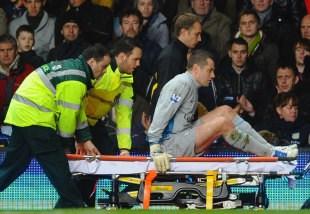 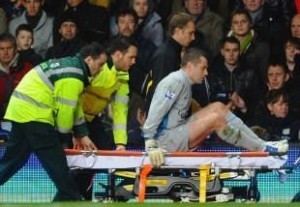 DONEGAL soccer star Shay Given is delighted at Robbie Keane’s arrival at Aston Villa on a short-term loan deal saying it has  :given the whole dressing room a lift.”

The veteran Lifford goalkeeper is delighted that Villa boss Alex McLeish has moved to bring Keane to the club from Los Angeles Galaxy during the MLS close-season in the United States.

And, Given feels Keane’s presence at the training ground has already boosted the rest of the squad, while he is certain the former Tottenham and Liverpool striker will still do a job in the top-flight and help the Villa youngsters progress during his time at the club.

On Keane, who could make his debut against Everton on Saturday, Given said “It’s great for Villa to secure a player of Robbie’s calibre, even in the short term.

“I didn’t know how fit he was before the last couple of days in training but he looks really sharp, to be honest.

“We’re all delighted that he’s here and I think he’s just given the whole dressing room a lift.

“He’s a big personality and he’s a big-game player. I think even in training the lads have been very impressed with what they’ve seen.”

Given added: “Some of the young lads here can learn from a guy like Robbie Keane. It’s fantastic for them. I think the younger players will look up to him and learn from him.

“I also think he will cause Premier League defences plenty of problems when he’s given a chance to play.

Meanwhile Villa manager Alex McLeish has praised Shay for making “great progress” in his recovery from a hamstring injury – but insists the goalkeeper is not certain to walk straight back into the first team.

Given is now back in training having been sidelined with the problem since the start of December but No.2 Brad Guzan has seized his opportunity in the absence of the 35-year-old, turning in a string of impressive performances in recent weeks.

But with Given now nearing a return to action, possibly as early as this weekend, McLeish faces a tough decision over who to pick between the posts.

“Shay is not far away. He’s champing on the door to be involved this weekend,” the McLeish told AVTV.

“Whether he is going to make it, we will have to wait and see. I can’t give you that news at the moment.

“He has made great progress. He is training with the group and it’s a case of how sharp he’s feeling and how confident he’s feeling before we make a decision about him coming back into the team.

“There are no guarantees of that obviously because of the way Brad has played.”