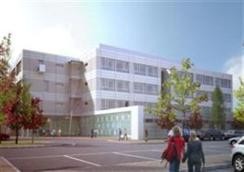 Top of the agenda will be why the new multi-million euro A&E unit at the hospital remains closed.

The meeting with the HSE’s Regional Director of Operations, John Hennessey, takes place on January 25th.

Deputy MacLochlainn told Donegaldaily.com that he is now very concerned the new unit will not open during the first half of 2012.

The Donegal North-East TD said he had been lucky enough to have been given a tour around the facility recently and could not understand the delay.

“From what I have seen, the entire unit is ready to go and it really is an impressive set-up.

“I believe that hospital manager Sean Murphy is trying his best but I think he needs our support on this matter.

“I believe the problem the new has not opened yet is because of staffing issues.

“We need to overcome those now and make sure the unit opens as soon as possible.

“I am not fully assured that this unit will open as son as possible and I have my doubts if it will open in the first half of 2012,” he said.

He added that he now expected answers from Mr Hennessey as to what is causing the delay and how it will be addressed as quickly as possible.

“We are all aware of the severe pressure staff are under because of the overcrowding in the current A&E unit at present. It is morally wrong that we have a state-of-the-art unit just yards away and it is not being used.

“Those are the questions I will be asking John Hennessey and I am expecting answers,” he said.