Senator Jimmy Harte has spoken to the owners of Oatfield Sweets , Z Candy, to get clarity on the position of the 15 workers at the factory in Letterkenny. 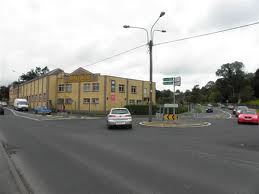 The discussions come as rumours reach fever-pitch that the Oatfield site at Gortlee is to be sold to supermarket giant LIDL for €1.9 million.

The owners of Oatfield, Z Candy, told Senator Harte that talks with workers are ongoing but would not say what these discussions involved.

“I spoke with Mr Kavanagh in Z Candy and he is in talks with the workers at present but many people are concerned with the future of the factory.

“The Oatfield brand has been associated with Letterkenny for over 80 years and the workforce has gone down to 15 members now.

“Much of the equipment has been moved to the UK where the sweets are also made but it would be a sad day if production is lost here,” he said.

Senator Harte also said he was now speaking with Government Ministers with  view to helping the workers at the site.

“However the main concerns are for staff in the plant and I have spoken to officials in Minister Richard Bruton’s office who are available to meet the company at short notice.

“I also spoke to Minister for Social Protection Joan Burton and she has pledged her assistance should it be required.

“I would ask Z Candy to get a speedy resolution to the rumours to the satisfaction of the workers,” he said.