DONEGAL NEWS IN BRIEF: DONEGAL TOWN TO GET NEW ALDI 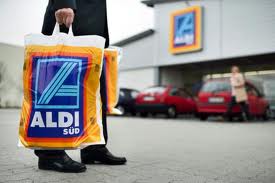 NEW ALDI:  DONEGAL Town is to get a new Aldi. The development at the Glebe in the town centre is expected to boost other businesses in the area.

GAELSCOIL GO-AHEAD: Gaelscoil na gCeithre Maistri in Donegal Town is to get a new school building after a 12 year wait.

RED-TAPE ATTACK: Donegal North East TD Joe McHugh has hit out at the amount of red tape in the public and private sector. He was speaking the in the Dail after claiming approval from the Teaching Council for teachers was being held up.

‘DIMINISHED RESPONSIBILITY’ CLAIM: The murder trial of a man who has admitted killing a teenager in a bar on Arranmore Island over two years ago has heard he was suffering from a psychiatric disorder, which diminished his responsibility. Stephen Boyle of Austen House, Cambridge Road, Kilburn Park in London has admitted killing but denies murdering Paul Boyle at Early’s Bar on Arranmore on October 3rd 2009.

PROSTITUTES WARNING: RTE’s Prime Time has exposed the myth that prostitutes operating in Co Donegal work alone. The investigation showed that the industry is run by pimps who rake in a fortune – whilst holding some women against their will. Several brothels are currently operating in Letterkenny.

BALLYSHANNON WARNING: One in every ten homes in the Ballyshannon area have radon gas levels above safe limits, it has been claimed, Cllr Brendan Travers told donegaldaily.com.

CAR SALES UP: Car sales in Donegal in January this year are up 1.5% on last January, figures show. The Society of the Irish Motor Industry (SIMI) says 537 new cars were registered in the county last month.