A Donegal man has pleaded guilty to using a nail gun and threatening to kill a man during a disturbance at a house in Letterkenny. 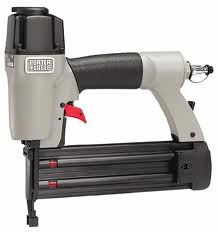 The court heard the incident related to an altercation at the home of victim Donal Coyle of 9 Glencar Park, Letterkenny on November 5th, 2006.

Spratt, of Gortnacorrib, Letterkenny, pleaded guilty possessing the weapon, another of criminal damage to six windows and a door and also making threats to kill or cause serious harm to Donal Coyle on the same date.

Judge John O’Hagan adjourned the case until July and directed that a community service report be carried out on Spratt in the meantime.

AT HEARING © 2011 donegaldaily.com, all Rights Reserved