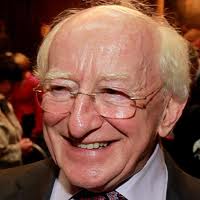 ANTI-TAX campaigners protesting at new septic tank charges for rural dwellers have written to the President Michael D. Higgins saying new laws which will bring in the taxes are unconstitutional.

In their letter to Áras an Uachtaráin campaigners from Cloch Cheann Fhaola asked the President to urgently review the laws which were passed last week.

Citing a specific article in the constitution, the letter, a copy of which has been seen by donegaldaily.com, states: “We are very concerned about the Water Services (Amendment) Act 2012 which you signed on
2 February 2012, as it contains measures contrary to Article 40 of the
Constitution Of Ireland – Bunreacht Na hÉireann – “All citizens shall, as
human persons, be held equal before the law.”

The letter continued: “This legislation is unconstitutional because it
significantly discriminates against rural dwellers, putting them under
considerable stress, duress and uncertainty.

“In addition, the legislation does not specify the exact nature of new regulations to be imposed on septic tank construction – nor does the legislation incorporate any grant or public works element to alleviate the potentially extremely heavy cost burden on individual rural citizens.”

It added: “Section 70L of the Bill gives sweeping powers to the Environment
Minister to impose retrospective standards on domestic wastewater treatment systems.

“This could lead to individual sewerage units and septic tanks requiring remediation work that could cost amounts up to  €17,000.

“Furthermore, many homes built prior to 1963 did not require planning
permission for septic tank construction – others, built under previous
Environment ProtectionAgency (EPA) standards, received planning permission for the use of a septic tank with soak pit/soakaway rather than the current requirement for percolation areas.”

Deeming the law unfair, the letter goes on: “If required to upgrade, this
could result in some rural dwellers finding themselves without sufficient
land to comply with newly imposed standards and could be faced with the
situation of not being able to continue living in their homes. Urban
dwellers have their wastewater treatment paid for by the Exchequer.

“This new law penalises unfairly the over 400,000 rural dwellers, potentially to the point of turning them out of their homes, and imposing a significant cost burden.

“A constitutionally just law, concerning domestic wastewater
treatment, would contain the exact details of the standards to be imposed
and also incorporate some grant or public works element to alleviate the
potentially extremely heavy cost burden from individual rural citizens.

“We place our trust in your duty to protect constitutional rights and ask you to make representations to the government to urgently make appropriate and just changes to this Act.”

Campaign spokeswoman Mary Attenborough said they believed they had made a significant legal argument and hoped the President would now review the legislation.