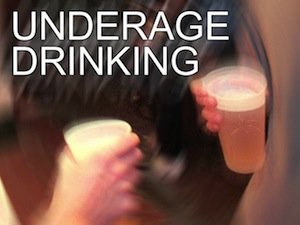 GIRL, 12, TREATED IN HOSPITAL AFTER BEING FOUND DRUNK

A 12-YEAR-OLD schoolgirl had to be treated in hospital after being found drunk on Letterkenny Main Street, donegaldaily.com has learned.

The shocking incident has caused alarm amongst Gardai and medical staff.

For Garda sources say they are dealing with an alarming increase in the number of underage drinkers they are having to deal with in recent months.

No-one from the HSE would comment on the latest incident last week under new policies.

However we understand the girl was prevented from entering premises in the town after being spotted by a member of staff.

The girl had consumed alcohol before attempting to get into the premises – and tried to smuggle booze in with her.

The incident comes just a few months after medical chiefs in Co Donegal warned of the escalating number of alcohol-related admissions.

The manager of Letterkenny General Hospital Sean Murphy was furious in October – after 26 admissions to the Emergency Department in just one night.

Mr John Hayes, HSE Area Manager for Donegal said at the time: “We have been increasingly concerned at the growing practice of low cost selling and its impact on both the health of the population and the demands on our services. With this most recent experience in the General Hospital, I truly worry that the situation will escalate unless action is taken to stop promotions that fuel our binge drinking culture.”