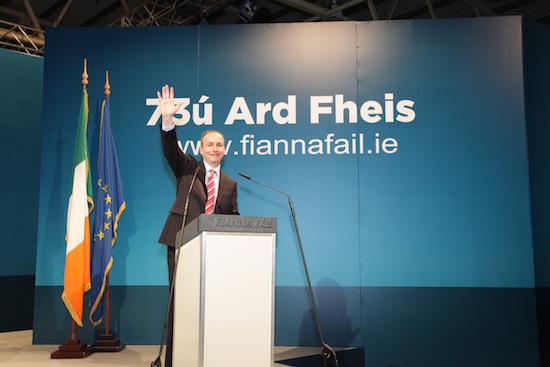 Two young teachers from South West Donegal have been elected to the Fianna Fáil Ard Comhairle.

Speaking afterwards, Áine McGinley said: “It is a wonderful honour to be chosen by Fianna Fáil members to represent them on the Ard Comhairle.  I am committed to the renewal of Fianna Fáil from the grassroots up. I will use my role to campaign for party policies on primary, secondary and third level education and on regional development in the North West. I will be a voice for the members, and will push for continued reform within Fianna Fáil and within politics in this country.”

Claudia Kennedy said: “I want to thank the members who put their trust in me to represent them on the Ard Comhairle. For the first time, there were more women than men elected this weekend. Four out of five of the party’s new vice presidents are female, while half of the newly elected Committee of Twenty members are also female. This is a testament to the calibre of the female candidates, and a true sign of Fianna Fáil’s real commitment to reform.  We are committed to radically increasing female participation in politics and the Ard Comhairle will lead the way.”

Donegal Senator Brian Ó Domhnaill has congratulated Ms McGinley and Ms Kennedy on their successful election and has thanked the Fianna Fáil members from across Co Donegal for attended the Ard Fheis.

“More than 4,000 Fianna Fáil members from communities across the country attended the 73rd Fianna Fáil Ard Fheis at the weekend.  There was overwhelming support for plans to change how the party does its business. Delegates unanimously passed a motion to move to a one-member-one-vote system, which means that every single member of Fianna Fáil will now have an input in party business.

“The positive atmosphere and the energy we saw this weekend is testament to the fact that Fianna Fáil is on the road to recovery, and we have has a strong and vital role to play in the future of Irish politics. I want to thank all of those from across Co Donegal who travelled up to the Ard Fheis and made their voices heard about the future of the party,” said Senator Ó Domhnaill.