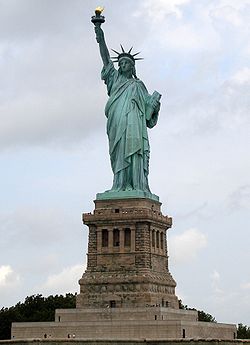 RETURNING DONEGAL MAN SAYS: ‘I WAS MADE TO FEEL LIKE A STRANGER IN MY OWN COUNTY’ 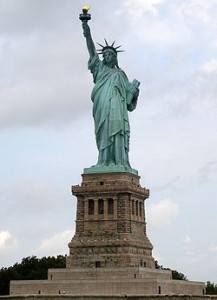 A CO Donegal man has described how he was made to feel like a stranger in his own country after returning home from America.

In an article for donegaldaily.com today, the construction worker was responding to calls from local TD Padraig Mac Lochlainn for the Government to revise policies which leave Irish people penniless.

He says how he was given the runaround by civil servants in Social Welfare – filling out forms over and over again as red-taped bureaucrats put him through the mill.

Here is his story in his own words:

“AFTER losing my job in New York to young Irish men working illegally for half of what the normal pay was for a construction worker, because there is no taxes or benefits charged for them, I had no choice but to walk away from our family home there.

I had always intended returning to Donegal by 2010 and build or buy but that just didn’t work out.

When we got back we had just enough money to buy an old family van, insure it (which was almost impossible with American licence) we taxed it, and rented a house.

We didn’t want to get assistance so I looked for work right away, but I had to go apply for the job seekers allowance.

When I tried to do this, I was made feel like a comet’s stranger in my own country, I would hate to be treated like that anywhere never mind Donegal.

I was handed the habitual residency forms  and told to prove that I was staying, and that I should be in country for at least 6 months to get anything. I started finding proof from the foreclosure people in America, and bank statements, and the rest.

After two months it still wasn’t going through after being sent to a different town even for another interview, where I was handed the same habitual residency forms to start again.

At this stage we were desperate so I was told by a friend about the community welfare officer, so we went to her where all she said was ‘before I can release a payment to you have to fill in a habitual residency form!!’ I almost cried.

Luckily my wife had photocopied the last one so she gave her that and then the week later she made a payment. Thank God. We hadn’t a penny and I never felt so like an outsider in my life, my wife being an American was so upset with losing the house but this really put the final nail in the door.

I complained to each office and they just said ‘it’s the way it is, get it back you asap if you want anything’.

I since went to get an Irish driving license. I have a full perfect driving record in America, I had a provisional in 1999 for Ireland. I now have to do the theory test and then the 12 lessons /tests at a cost of almost €500 before final test. I need a license to get a job but this system is not fair to adults who have been driving in Ireland and America for almost 20 years. It is crazy ,no incentive for people to return at all.

I saw a large advert in a newspaper in America 5-6 years ago saying ” WE WANT YOU BACK” and I thought it was great.

When I think back now I think it must have been April 1st because when you’re dealing with the Goverment agencies they don’t make you feel too welcome.

Maybe if I was from another more deserving place they might have given me some Trocaire money.

And the red-tape continues – and no-one seems to care.

I went to see Fas about a community employment position in and we were interested in swapping my rights as a jobseeker to my wife in order to get the job for 3 days a week.

But we were told we couldn’t apply for the job because we weren’t unemployed in the country for long enough.

You need to receive benefits for more than a year then start applying for CE positions.

Why aren’t they open to us as a regular person looking for a job? It just doesn’t make sense.

There is a crazy system that is in place here in Ireland.

Somebody needs to do something about this system before we all have to abandon the country and seek asylum in another one.