Pictures shown around the world of the famous Northern Lights above Donegal last night may have been light pollution from a nearby town. 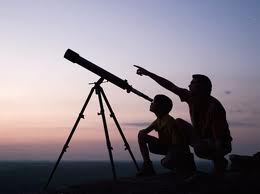 The pictures were captured on Thursday night by amateur photographers seemingly showed the Aurora Borealis above the skyline over Ballyliffin.

They featured on television networks both here and in America including RTE, TV3, NBC and ABC.

However the spectacular sky scenes have been dismissed as light pollution from nearby towns.

Local amateur photographers unknowingly thought they had capatured the magical green haze of the Northern Lights.

However well-known and respected Irish astronomer David Gradwell said there is scientific proof that the pictures are not unfortunately that of the Aurora Borealisis.

The stargazer, based in Birr, Co Offaly, says the photographers mistakenly captured light pollution from nearby towns.

“They’re not Northern Lights, that’s light pollution from a nearby town or sports field illuminating the underside of the clouds

“From my solar observatory near Birr I measure the earth’s magnetic field and there was minimal impact from the Coronal Mass Ejection impact over low altitudes.

“The storm referred to here is a proton storm which affects the polar ionosphere and does not cause auroral activity. In fact magnetic activity was greater this morning (FRI) than Thursday.

“The Canadian Churchill and Troms magnetometers (and webcams) showed the Northern Lights erupted at 4am onwards, mostly after sunrise in Ireland.

“I do hope that photographers will not be disappointed,” he said.