REPUBLIC OF TELLY’S VISIT TO DONEGAL LEAVES RED FACES (AND OTHER BODY PARTS!)

As television adverts go, it might not be the kind of publicity package which tourist groups across Donegal might have been hoping for. 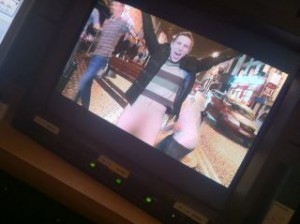 RTE’s Republic of Telly cameras landed in Letterkenny a few weeks back.

And the results were shown this evening.

There were plenty of familiar faces (and other body parts) on display as the cult TV show set up their cameras in the early hours of the morning on the town’s Main Street.

Those who appeared on camera may not have expected to appear on national television when they sent their ‘messages’ out.