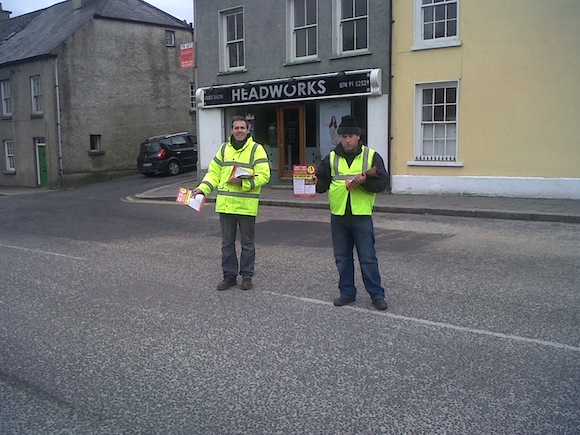 ‘CAN PAY, MUST PAY’ MINISTER TELLS HOME OWNERS AS DONEGAL CAMPAIGN STEPPED UP

UPDATED: CAMPAIGNERS IN Co Donegal are stepping up their campaign against the household charge – with posters in English and Irish throughout the county – as environment minister Phil Hogan insisted everyone would have to pay eventually.

Mr Hogan issued his warning as RTE reported the Government as saying  that just 15% of households have registered and paid the €100 tax.

The latest Donegal poster from the ‘Can’t Pay, Won’t Pay’ campaign is pictured below in Gaoth Dobhair.

It might be a Bank Holiday but today protesters were handing out leaflets to motorists in Ramelton (above).

It comes amid reports that the household tax will rise substantially next year, possibly as high as €700 for some people.

Mr Hogan insisted: “I have the full support of the Government to enact further legislation if necessary to ensure that this charge is implemented.

“If we have difficulties with ensuring we have information across the departments, then we’ll have to look at legislation, but maybe we won’t come to that.”

Around 1.6m households are liable to pay the charge, but so far less than 15% have paid, said RTE.

Mr Hogan said that he is confident that the majority of households will have paid by the 31 March deadline.

However, he warned that those failing to do so would find themselves liable to pay fines or going to court.

“I’m getting some anecdotal evidence that not every house has got leaflets but a lot of houses have got leaflets,” he said.

“The Minister certainly can’t go to every door and tell them [household owners] what their legal obligations are. They are required to pay the charge, I think everybody knows that.” 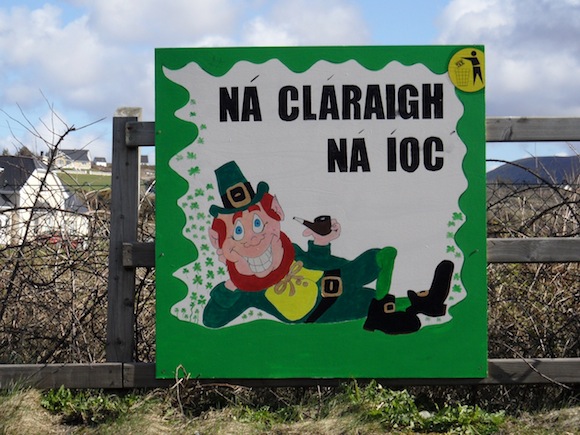