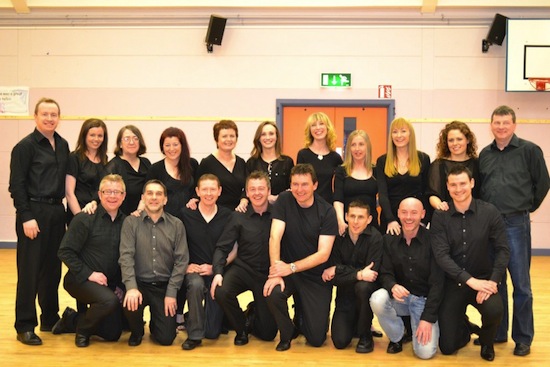 The excitement is building towards this Friday’s Strict Come Dancing in aid of the Illistrin Community Developement Association.

Stephen Hasson, chairperson of the Illistrin Community Development Association (ICDA) is hopeful of a great night.

‘The ten couples have put in huge effort, it looks like it’s going to a sold out show’, he said.

ICDA, a newly formed association is raising money to complete a football pitch and running track at the school, Scoil Naomh Fiachra.

‘It’s a credit to this organisation that they’ve taken on this event. There is such great support locally’, said Mr. Tom Feeney, committee member and principal of the school.

Local Coolboy resident, Anthony Doherty is really enthusiastic about the evening. Dancing with school secretary Kathleen Doherty he said, ‘I think we’ve nailed it. The tension is growing but we are looking forward to the night’.

The remaining couples are: