Creditors who are owed money following the closure of the Milford Inn will be left €2 million out of pocket. 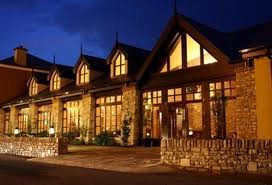 A meeting of creditors was held this morning at the Silver Tassie Hotel following the shock closure of the hotel two weeks ago.

The meeting was told that just €1 million could be raised from assets of the hotel but that just over €3 million was owed in loans and debts.

But this leaves a major shortfall which cannot be made up.

Many of the people at this morning’s meeting included suppliers as well as ordinary members of the public who had booked functions at the hotel.

The Blaney Family, who own the Milford Inn and a number of other premises, have said they will try to accommodate all functions.

Liquidator Tom O’Brien has been appointed to look after the liquidation of the premises.

However despite the shock closure and loss of 50 jobs, the Blaney family says they are hopeful they could open the business again.