ANOTHER FAMOUS SHOP FORCED TO CLOSE ITS DOORS

Another historic shop on Letterkenny’s Main Street has been forced to close. 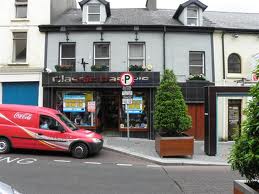 Classic Casuals has been trading as a men’s clothing out for more than two decades.

Before that the shop was known as the Prefect Tailor.

Owner Sean Foody was a hugely well-known and respected businessman during that time.

This week members of the public reacted with shock and regret at the news of the closure which took place on Saturday last.

“It’s just another sign of the times. People aren’t spending money on clothes anymore but it seems so unfair.

“Sean and the lads in Classic Casuals were always a pleasure to deal with. They went that extra yard to look after their customers.

“They would always be pleasant when you needed anything special,” said a customer.