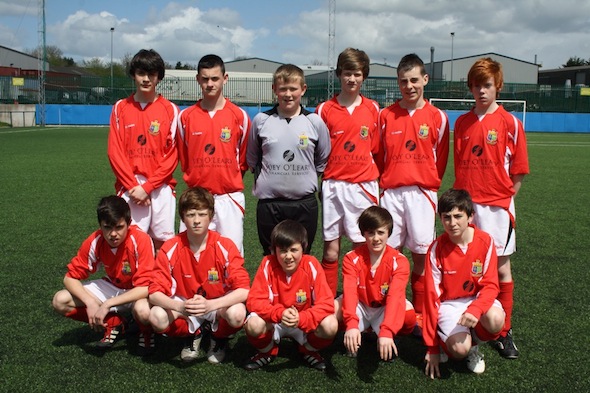 written by admin May 15, 2012
Facebook0Tweet0LinkedIn0Print0

St Columba’s College Stranorlar suffered  heartbreak this afternoon when their First Years were beaten in the All Ireland Semi final by 4 goals to 1 by Coláiste Phadraig, CBS Lucan at  Kingspan Century Park , Monaghan.

Columba’s got off to the best possible start when a Gareth Doherty free was tucked away by Dewi Bolger Moore for 8 yards out after just 6 minutes on the clock.

But Lucan levelled the tie 2 minutes later  when Dylan Hayes scored direct from a free kick and they went in at half time 2-1 to the good through Tom Prior.

Two more goals in the 52nd and 55th  minutes from Titi Baddington  and an Og killed any chance of St Columba’s getting back into the game and a possible final place against either Crescent College Comprehensive, Limerick or Rice College, Westport in a final down for decision next Wednesday afternoon. 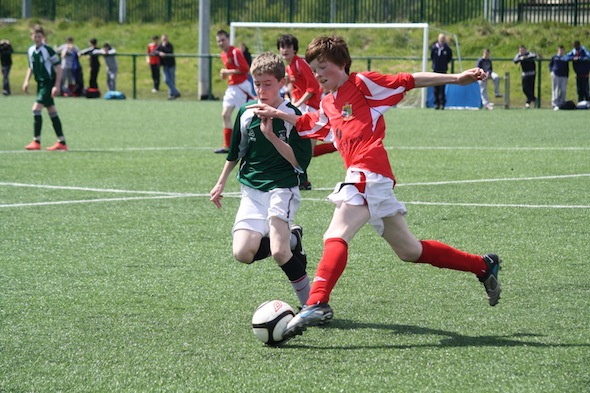 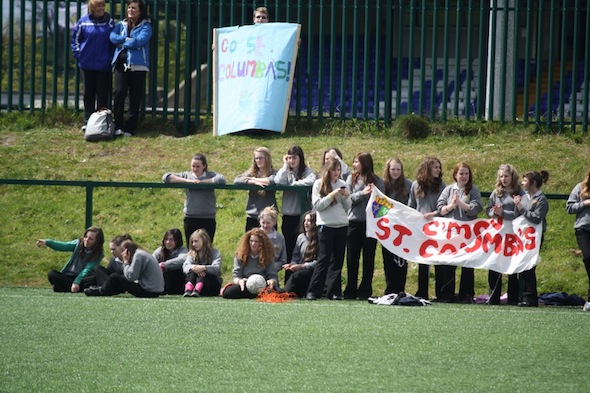 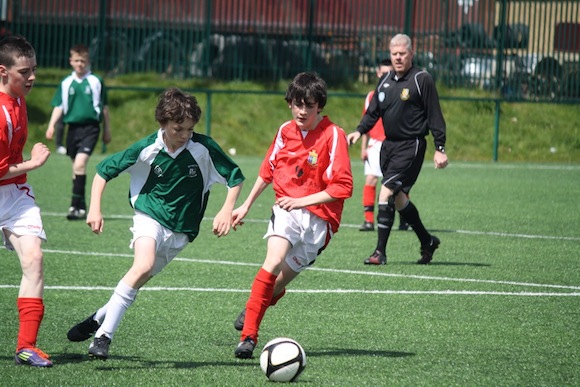