THE GREAT DONEGAL OUTDOORS – THE POISON GLEN by Brendan Whelan

written by Stephen Maguire May 18, 2012
FacebookTweetLinkedInPrint

This week we are going to take a hop, skip and a jump across the road from Mount Errigal to another iconic Donegal landmark, the ‘Poisoned Glen’. 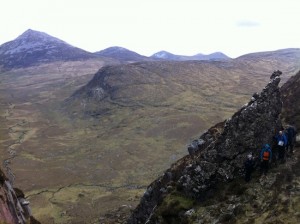 Have you ever wondered how such a spectacular place could be cursed with such a cruel, cold and callous name? Well let’s see what’s lurking in the past…

Some say that the Poisoned Glen owes its name to the former presence of the highly toxic Irish Spurge Moss. It is rumoured that the plant poisoned the drinking water and although the Spurge Moss is now extinct here farmers are still advised to keep their animals away from the Glen’s waters.

Another reason for the name comes from times past, when it was said, Balor King of Tory had a daughter more beautiful than any eye could behold. Such was her beautiful radiance, and such were the ethics of the time, he decided it was best to imprison her in a lonely isolated tower, so she would never come within sight of man. But word of her stunning looks spread far and wide. Subsequently many attempts were made on her lonely cell and it wasn’t long before one would be Romeo succeeded in breaking in and taking her away across the water.

The enraged Balor followed her across the seas to Magheroarty and he stalked her captor across the mainland, killing him with a giant stone. One such stone stands in a prominent position about 600meters up the glen and is said to be the evil, or poisoned, eye of Balor.

The more generally accepted version of why the ‘glen’ has the name that it does, is based simply on a mistake made by an English cartographer, who made a mistake in the translation from Irish to English. 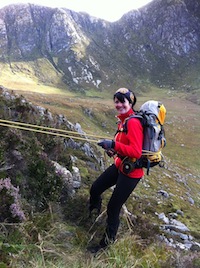 The mistake arose due to the fact that the Irish word for poison, “neimhe” (pronounced niv-uh), differs in its spelling by only one letter (the letter ‘I’) from the word for Heaven, “neamh” (pronounced nyow-uh).

The glen used to be called the ‘Heavenly Glen’ by local people, as it was to them like they imagined Heaven itself to be and standing in the glen you can’t help but marvel at nature’s wondrous forces.

A striking landmark of this area is the roofless, white marble and blue quartzite church which is located near the car park area at the entrance to the glen. The church was built by Jane Smith Russell, as a memorial to her husband, James Russell who died September 2nd 1848. James Russell, was the landlord of the Dunlewey estate, was laid to rest in a vault under the church floor.

Over time the local congregation diminished and as the estate’s resources also did too, maintaining the up keep of the church was no longer sustainable. So in 1955 it was decided to remove the roof for safety reasons and various items such as the church furniture went to churches in Derry and Raphoe. The main church bell is now installed in Cashel Church of Ireland near Doe Castle. 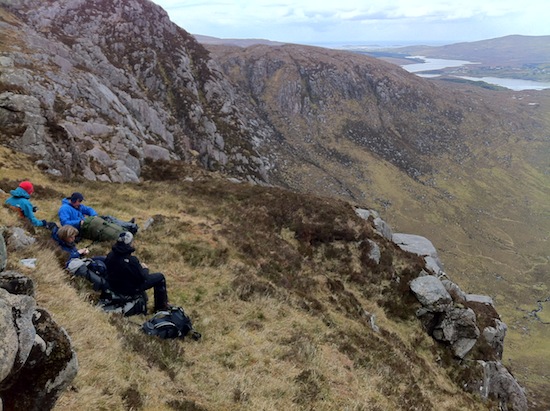 This is an accessible location, at only 80meters above sea level, it is low level and yet it feels really mountainous! There is a minor pathway to the South East side of the main river, that’s the left hand bank as you walk into the glen! The pathway is rough, so good sturdy footwear should be worn. You follow this pathway both into and out of the glen. Care should be taken after or during heavy rainfall, as rivers in the area can rise very quickly. You can enjoy the area on many levels, be it from the car park at the mouth of the glen or after venturing further up towards Balor’s eye. So all in all it’s a great place for the family, novice or serious hill walker a like, enjoy!

A great place to stay locally is the Errigal Youth Hostel, check them out on Facebook!

For some excellent photos of the area check out: 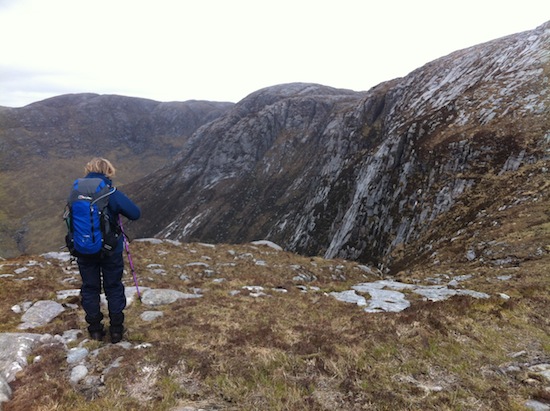 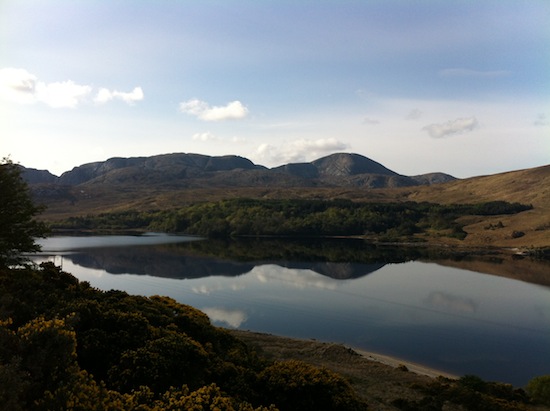