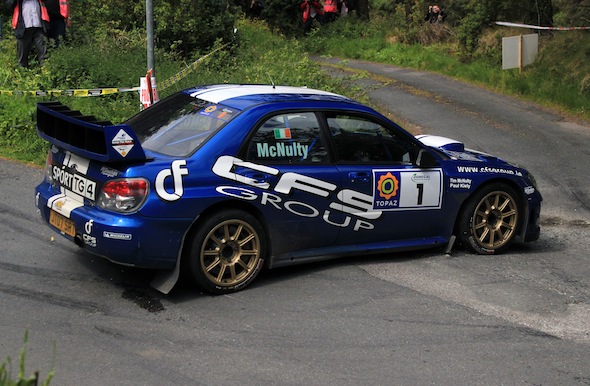 written by admin May 19, 2012
Facebook0Tweet0LinkedIn0Print0

The history of the Donegal International Rally will continue this June from the 15-17th, 3 days of fully packed action of pure rallying.

Since the event was launched in 1972, it has grown from strength to strength becoming Donegal’s largest sporting event.

The rally is estimated to bring up to €25 million to the local economy each year hosting up to 50,000 plus spectators.

CoC for the rally, Eamon McGee has made slight changes to the course for this year’s International.

Day One will see the rally around the Newtowncunningham/Manorcunningham area with a Spectator Stage in Buncrana again this year.

Day Two has a slight few changes but will see the same classic stages such as Knockalla & Gartan Lake.

Day Three will consist of more classics such as Glen, Port Lake and the incredible Atlantic Drive and will head back to the events HQ at the Mount Errigal Hotel for the finish ramp and the prize-giving which will take place towards nightfall on Sunday evening.