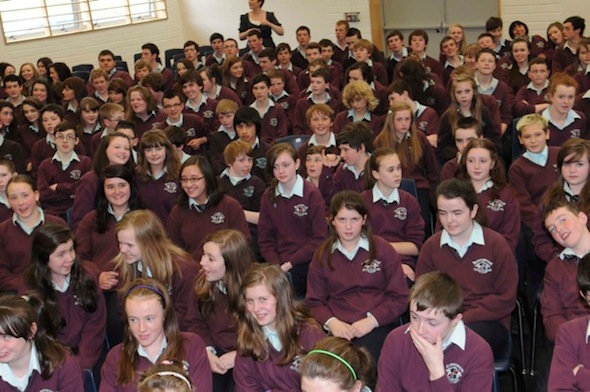 written by admin May 21, 2012
Facebook0Tweet0LinkedIn0Print0

SOME STUDENTS at Loreto Community School in Milford have hit out at protestors at their school today, accusing them of “hijacking a neutral environment.”

“I was at the school today and I actually disagree totally with this Government but he (Enda Kenny) was here for a school celebration and they (protestors) should not have been here,” said one 4th year pupil.

Another, in Transition Year, said: “There were plenty of other places for them to protest and they should have stayed away. I thought it was very annoying and very disrespectful to the pupils and to our teachers.”

Another told us: “I’m a 5th year student at Loreto Community School and in my own opinion I think that it was not only rude of these protesters to overshadow our day today but completely wrong.

“So what? They have opinions – as does everyone – but what gives them the right to overshadow a joyous occasion for our school. I think it was highly disrespectful and they should be feeling disgusted that they put on such a ‘show’ today in front of young people.

“If anything they’re a disgrace and should apologise to the students and staff. I thought it was incredibly kind of enda kenny to visit the school and to take the time to talk to the students, but I was disgusted by the way he was treated.”