Thousands of people are expected to gather for a special open air mass at MacCumhaill Park in Ballybofey tomorrow. 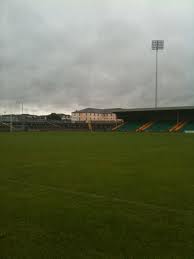 The mass, which is organised jointly by the parishes of Stranorlar, Glenfin and Sessiaghneill, takes place at 11am.

The mass is being held in conjunction with the Eucharistic Congress.

A spokesman for the organising committee has appealed to come to the mass early as traffic will be bust around MacCumhaill Park.

Immediately after the mass there will be a vintage show in the nearby grounds of St Mary’s National School at 12 noon.