People have reacted with horror following an attack on a church in Co Donegal. 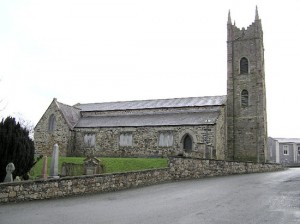 The front door of St.Lugadius Church of Ireland building in Clonleigh in Lifford was forced in by vandals.

The gang then went on to cause havoc in the church by pulling down and destroying pictures from the walls of the church.

The vandals went out of their way to smash the glass in everyone of the pictures hanging on the walls which featured past clergy.

They also attacked a safe with a stone taken from outside after they knocked down a small wall.

Before they left the vandals tried to set the building on fire by stuffing a keyhole with an old t-shirt which they then set on fire scorching the door.

It has now been revealed this is the THIRD attack on the church in the past six weeks.

“I know these acts are being carried out by young people who have drink taken and are hanging around the church grounds.

“I would appeal to them or to their parents to help us stop this kind of thing happening again.

“Both sides of the community are appalled by what has happened. We have always enjoyed very good relationships with our neighbours.

“Our community is shocked to think that people would come in and do this for no reason other than thuggery.

“We are lucky we have a church today at all – the entire building could have been burned to the ground,” he said.

“Our community is so upset,” he said.

A Garda spokesman said they are investigating the incident.

SHOCK AS DONEGAL CHURCH IS ATTACKED BY VANDALS FOR THIRD TIME IN SIX WEEKS was last modified: June 11th, 2012 by Stephen Maguire
Facebook0Tweet0LinkedIn0Print0