People across Donegal are now using public litter bins to dispose of their household waste on an alarming scale. 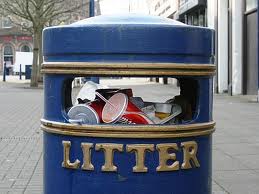 Many people who cannot now afford to pay for bin charges are bringing bags of waste to parks, car parks and other centres which have litter facilities.

Charges for year bin collections vary but the average price for a bin to be collected each week for a year is around €400 per household.

County Councillor Dessie Larkin says it has got to the stage that a serious review of public bin facilities in Donegal will have to be carried out.

And he says that in many cases, people who are dumping litter at public centres may not always be on the breadline.

“I have every sympathy for people who cannot afford to pay their bin charges and I understand that some people have to do us.

“But we have reviewed CCTV footage into dumping and people using public bins and the identity of some of those responsible would be surprising.

“This rubbish is just not landing from the sky. People are leaving it in these bins which are designed for general use by the public.

“They are not intended for people to go and dump their household rubbish in. This practice is only putting a greater burden on council services and we all end up paying for it,” he said.