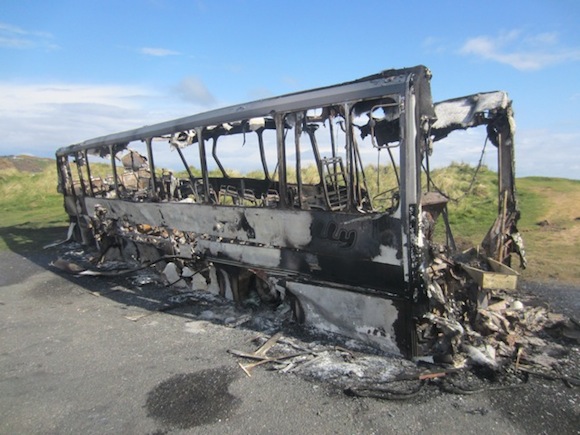 Three men arrested in connection with the robbery of two buses in Inishowen have now been released from custody.

Two men in their 20s were arrested yesterday afternoon and another was arrested last night.

It is understood all three men were from the Carndonagh area.

The men were quizzed by Gardai about the thefts and were released a short time ago.

A file is being prepared on the incident and will be sent to the Director of Public Prosecutions to consider.

The arrests follow the theft of two buses in Moville and Carndonagh at 3am on Wednesday.

The buses were driven to Malin where a number of ‘doughnuts’ were performed on the town’s green area.

It comes at a time when Malin is due to be visited by judges from the Tidy Towns contest.

People expressed their horror yesterday at the crime.

Garda Supt Kevin English said they were also investigating a possible link between the latest thefts and the robbery of a bus in April which was later found burned out in Culdaff.