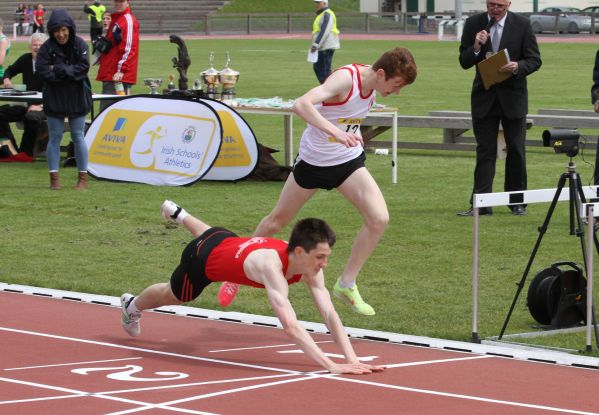 Impressive Zak Irwin, Grammar School Sligo won the 100/200m -the later event  in a time of 22.7secs and into a – 5 home straight breeze being most impressive.

Cian McBride, Sunmerhill College, Sligo, in a nail biting 800m final – literally fell across the line -was given the same time as the 2nd athlete and the winning nod when the electronic timing was visited (pictured above!)

Both also recorded 3rd place finishes in the 80m H -Kelly and Long Jump -Kate. Kelly in the last event of the day ran the fastest 300m leg of the day when anchoring Ulster in the 4 x 300m relay.

John Kelly, Royal and Prior Raphoe, once again pushed the 5k shot beyond 16metres for victory

When the selectors met earlier this evening all five athletes mentioned above were automatically included on the Irish schools team for the Home countries  International in Ashford, Kent in three weeks time. 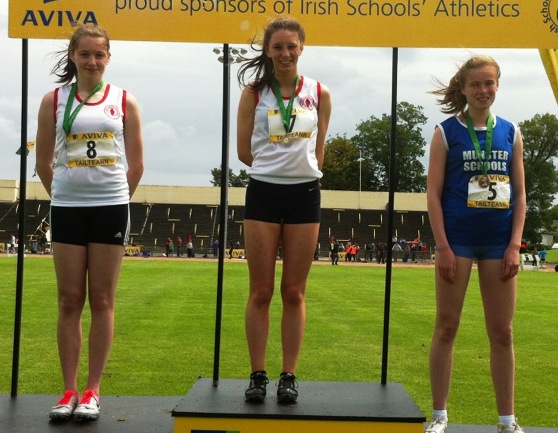 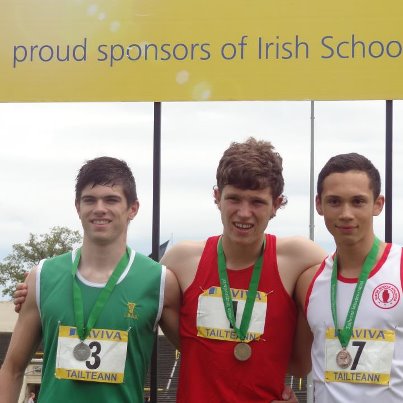 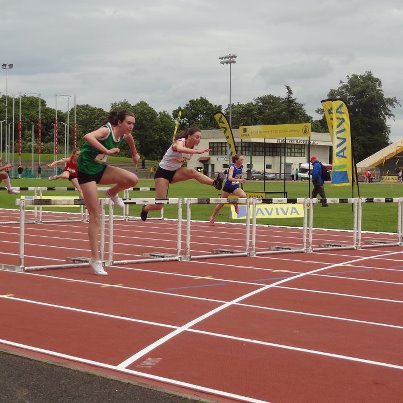 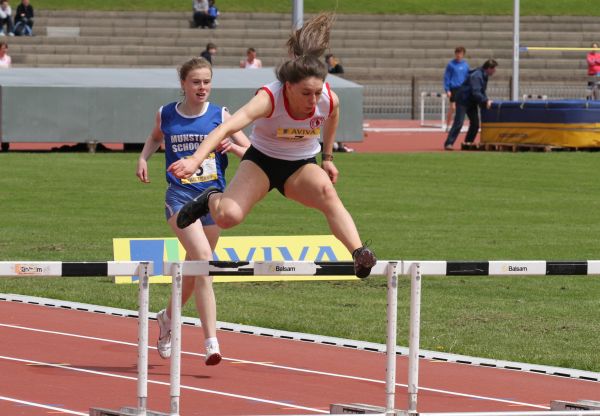 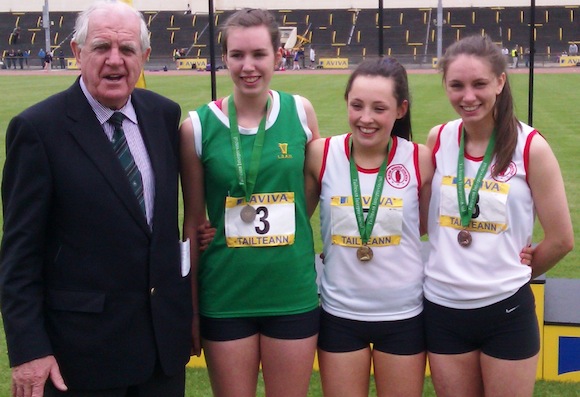