Donegal resident John Hume has been knighted by the Pope for his contribution to the peace process. 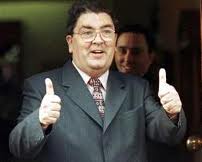 The Derry politician, who lives in Greencastle, was made a Knight of Saint Gregory by Pope Benedict.

The founding member of the SDLP was famously pictured with Bono and David Trimble in 1998 as the peace process was cemented.

He was also named Ireland’s greatest person in a television poll by RTE.