Donegal beaches have received a huge endorsement after four were named in a list of Ireland’s top 25 beaches. 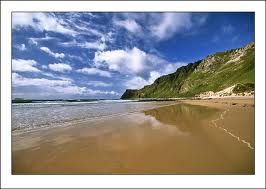 However a number of much-loved beaches have been omitted from the list including Carrickfin and many of Fanad’s golden stretches.

The newspaper gushes about Ballymastocker – “This one has been adjudged by overseas press as not just one of the best in Ireland, but in the world.

“How it was ever pipped by some old Seychelles beach is beyond us.”

Of Five Fingers Strand the writer says “It’s a beautiful beach and the perfect end to a summer day spent touring one of the most beautiful parts of the country.”