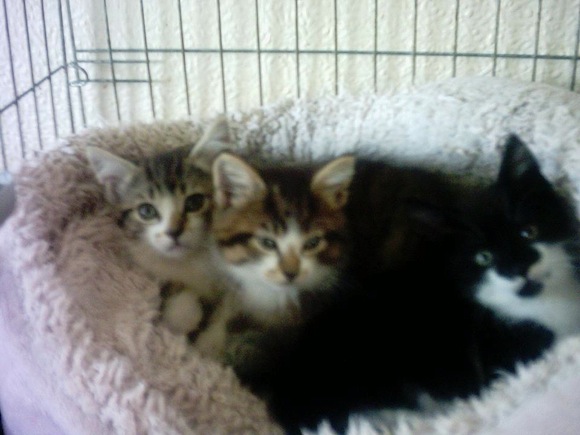 HOW COULD SOMEONE BE SO CRUEL? THREE KITTENS FOUND ALIVE NEAR ST JOHNSTON

THESE are the kittens found alive today in an incident described by animal rights campaigners as a miracle.

In the latest shocking incident of cruelty, the cuddly animals were found dumped inside a bag at the side of the road.

Thankfully a woman out walking her dogs heard their cries and was able to raise the alarm.

“The lady was out walking her dogs along the River Foyle in St.Johnston and heard crying from bushes on the river bed,” said a Donegal Pet Rescue spokesman.

“She found these three kittens tied up in a net bag, shivering and soaking wet. They are the lucky ones and must have been swept into shore. This is the height of cruelty and can be stopped by simply spaying and neutering!”

The incident follows recent examples of cruelty against kittens in Crolly and on Arranmore.

Donegal Pet Rescue says the kittens will make a full recovery and are now looking for a loving home for them.