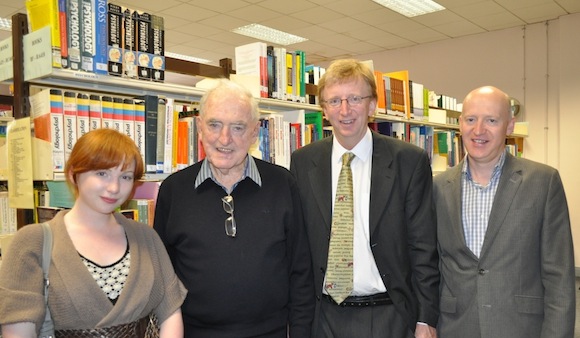 The Donegal Clinical Academy Trust has expressed their sadness at the passing of Donegal-native and Joint Donegal Person of the Year Hugh Green.

Speaking today, Chairman of the Trust Henry McGarvey said, “Hugh Green was a gentleman of high regard. He especially was a proud Donegal man who never forgot his roots.

“His nomination as Joint Donegal Person of the Year 2012 was testament to his strong connections with his home county despite living in New Zealand for decades.”

Hugh Green was a recent, and in fact the first donor, to the new Donegal Clinical and Research Academy, which will see Letterkenny Hospital become a teaching hospital with a strong clinical research arm.

“The legacy of Hugh Green’s donation cannot be underestimated. His generosity knew no bounds.  Hugh had compassion and indeed a passion for philanthropy.  His donation of €200,000 to the Donegal Clinical and Research Academy marked a significant step forward in our vision to secure the future of Letterkenny Hospital, bringing it on par with other teaching hospitals in Ireland.”

The proposed €4million project, of which €2million has been committed by NUI, Galway will see medical education being delivered at under-graduate and post-graduate level, a state-of-the-art research centre allowing for clinical research in the areas of oncology trials, breast cancer research, renal, cardiac, emergency medicine and anesthesia.