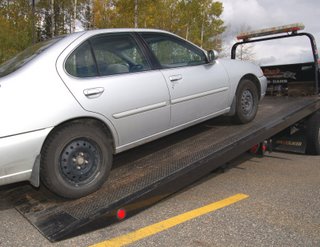 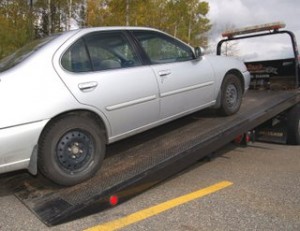 A COUNTY Donegal man who took on Customs over VRT and won has told others facing court cases to get rid of solicitors unwilling to challenge attempted prosecutions.

John Doherty says Gardai and customs officers are ‘knowingly breaking EU Law’ every time they seize a vehicle in connection with VRT charges.

He says legal representatives who do not challenge the VRT charges and the laws which are used to collect them should be dismissed by clients.

Mr Doherty did not specify any solicitors here in Co Donegal, and said his comments are directed generally at the legal profession throughout the country.

He told donegaldaily.com: “Victims of Customs/ VRT are being failed and misled by some members of the legal profession who are leading people into the courts like a lamb to the slaughter.

“They are not informing them that there are both constitutional and EU law rights that should be raised in court leaving a very easy conviction for the judge to rule on the bogus 1992 Finance Act.

“On the first instance the solicitor should inform his client that the 1992 finance act breaches the 3rd amendment of the constitution under the 1972 European community’s act, Ireland’s accession to Europe.

“The legal profession are also failing to inform their clients that fixed roadside penalties by customs or Gardai breaches their constitutional right to a fair trial in court.

“There is also a failure to inform clients of their treaty rights under the Treaty of Rome where Customs dutys are prohibited under Article 25 and also free movement of goods as between member states in Article 39.

“There is also a failure by the legal profession to raise these matters in court leaving the victim with a €2500 fine leaving court. These cases are very easily won in court if solicitors were representing them properly.

“We in the Irish Drivers Association are advising people that find themselves in this position and are not being informed by their solicitor to dismiss them and find a solicitor who acts for them under the constitution and their treaty rights and object in court to any summons issued under the 1992 Finance Act.”

Under the Finance Act, Gardai are given the power to seize cars at the roadside for non-payment of VRT. This is even if they are properly registered in, for example, the North, and fully insured to be driven in the South.

But Mr Doherty says the Act stands in contradiction of both Irish and European Union legislation, a ruling they claim has already been upheld at Letterkenny Court.

He claims precedent set 18 months ago has already been established in the case of his son when three charges against him were struck out by Judge Kevin Kilraine.

He ruled that the seizure breached Article 25 of the Treaty of Rome Act (free movement of products within the Union). When the car was taken, they also denied him the right of due process, as he was not convicted of any crime yet his car was taken from him.