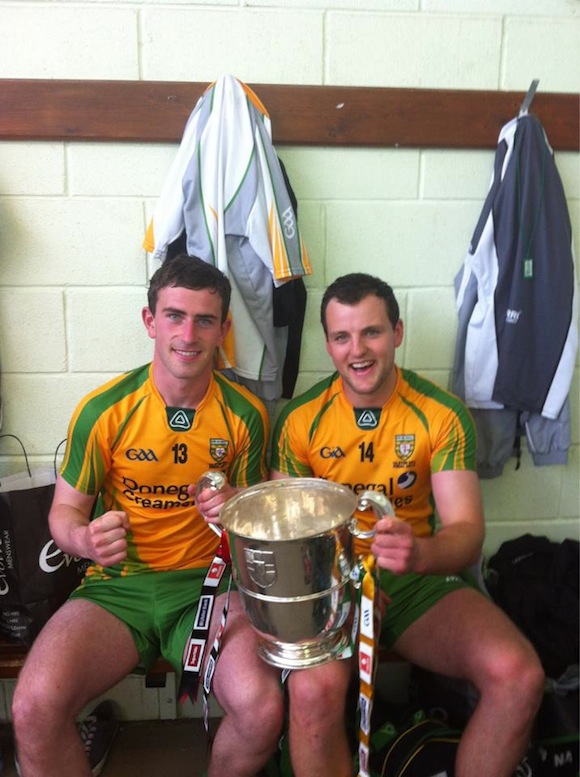 HOW DONEGAL SAW OFF DOWN IN CLONES DECIDER

FROM DONEGALDAILY.COM STAFF STILL IN CLONES! DONEGAL 2-18, DOWN 0-13. Donegal are Ulster champions 2012 – retaining our title for the first time ever.

There’s no doubt that Donegal fans were nervous during the break.

But for those of us who were, we needn’t have worried as Donegal came out in the second half to dominate.

Down were now struggling to keep up with the fitter and more determined Donegal side, with players refusing to be intimidated by some unsavoury Down behaviour off the ball.

Colm McFadden was immense – top-scoring with six points, all of them lovely finishes.

Man of the match though was Mark McHugh who had a fantastic game for Donegal today.

The strong-running McGlynn also had a superb game for the holders.

The win puts Donegal in the All-Ireland quarter-finals while Down must regroup for next weekend’s four-round qualifier against Tipperary.

The result probably flattered Donegal in the end – a fact acknowledged by captain Michael Murphy.

HOW DONEGAL SAW OFF DOWN IN CLONES DECIDER was last modified: July 22nd, 2012 by admin
FacebookTweetLinkedInPrint