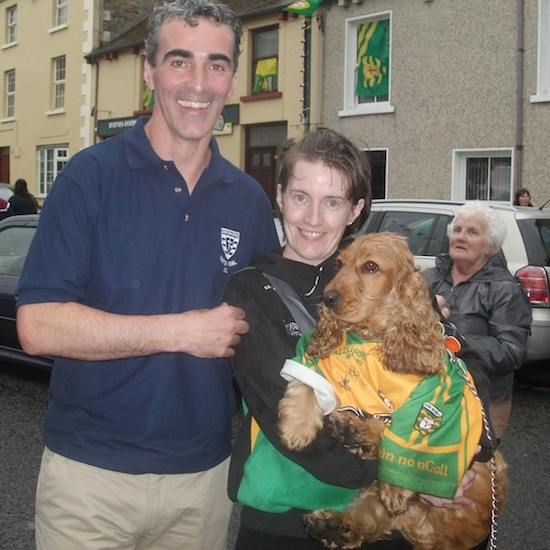 They said we were ‘barking mad’ to dream of two Ulster titles in a row.

But Jim McGuinness and his men were top dogs last night after collaring Down to capture the Anglo Celt Cup in Clones yesterday.

A huge army of Donegal fans travelled to Monaghan hoping to make history.

And despite a cautious opening half, Donegal cantered to a comfortable 2-18 to 0-13 victory.

Even the dogs in the street came out to meet the Donegal team in Pettigo and across the county into The Diamond in Donegal Town for a victory rally.

There may have been huge tail-backs from Clones back to Donegal last night but nobody complained.

Instead thoughts have already turned to the All Ireland quarter finals at Croke Park.

It may not be a hot summer but it could be a long one!