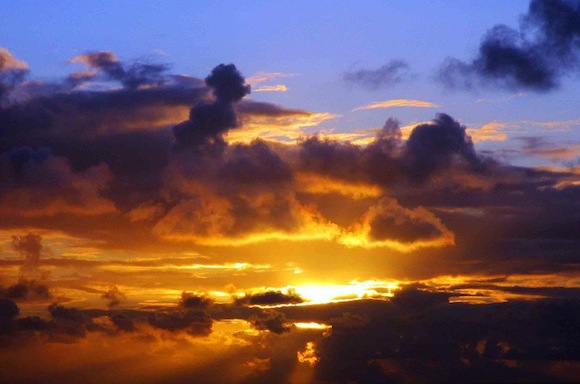 WOW! SNAPPER JOHN DOES IT AGAIN WITH GLORIOUS DONEGAL SUNSET

LAST week he was dazzling us all with his incredible pictures of dolphins dancing in the sea off Arranmore Island.

After a day which saw four seasons all in one day, John captured this stunning sunset image.

Which goes to show once again that it’s not the camera – it’s the cameraman which captures a great image.