SADNESS AS EDUCATION INNOVATOR TO BE BURIED TOMORROW 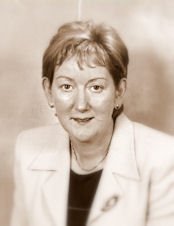 She will be buried following 11am funeral mass at the Sacred Heart Church in Mountcharles.

Before that she was Education Officer and also principal at the Abbey Vocational School in Donegal Town.

Flags above all VEC schools, colleges, youthreach centres and Gartan are all flying flags at half-mast today.