WEATHER WE LIKE IT OR NOT – UP HERE IT’S DIFFERENT!

A local county councillor has said RTE is costing Donegal thousands of visitors because of dodgy weather forecasts. 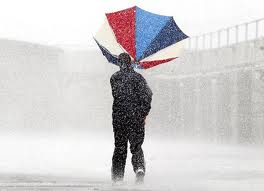 County Councillor and Mayor of Letterkenny, Dessie Larkin, said there is a perception that all it does here is rain.

He says such negative forecasts could well be turning off people from traveling to the north-west and heading to places like Kerry and Wexford instead.

And he said that most local people have more faith in both UTV and BBC weather forecasts for giving more accurate forecasts.

Cllr Larkin said recent weeks have been a perfect example of how Donegal escaped most of the strong winds and heavy downpours the rest of the country has suffered.

“We have had a decent summer and it has allowed for some amazing local festivals.

“But if you were to believe RTE, Donegal is constantly awash with rain and dark clouds.

“There seems to be the perception that if it is raining in Dublin then it must be raining everywhere else and that’s just not the case,” he said.

He said perhaps the time has come for a better use of technology to be deployed by Met Eireann to give a more accurate forecast for ALL of the country.

WEATHER WE LIKE IT OR NOT – UP HERE IT’S DIFFERENT! was last modified: August 22nd, 2012 by Stephen Maguire
FacebookTweetLinkedInPrint
Tags:
Cllr Dessie LarkinMet Eireannrain