Elderly residents of a Kerry nursing home had their prayers answered when Daniel O’Donnell made a surprise visit, performing a private gig and singing a blessing to residents. 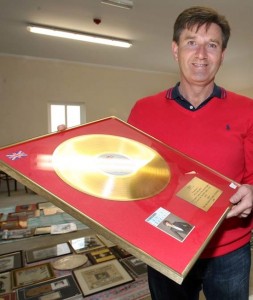 The Donegal crooner took time out from his recent week-long sold-out residency in Killarney to call into two of the town’s nursing homes and three day care centres.

The 50-year-old, who made the visits privately, thrilled residents by posing for photographs with them, chatting at length and then singing a number of his most famous hits.

Rod Murray, co-owner of the 74-bed Our Lady Of Lourdes facility, said his thrilled residents are still talking about the surprise visit two weeks ago.

“Daniel is one hell of a nice guy, a genuine person. It’s a day no one here will ever forget, because he dropped by and sang about half a dozen songs.

“We had a priest down, Fr Joe Begley, at the same time and Daniel ended up singing part of the blessing.”

Killarney Nursing Home residents were also treated to a private concert. A staff member said: “He sang a few songs and spoke to everyone here and had his photo taken with them. The residents are still talking about his visit.”

The visits, as well as separate drop-ins to St Mary of the Angels in Beaufort, Rathmore Day Care Centre and Castleisland Day Care Centre, took place during the singer’s only concert dates of the summer at the INEC.

Town chiefs said the singer, who played to a total of 10,000 people over five nights and who signed autographs until 2am after each gig, had injected an estimated €6m boost into the local economy.