Hackers are targeting Donegal computer-users by freezing their screens and then demanding money to unlock them – as gaeilge! 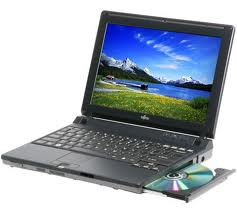 A man in West Donegal tried to access his computer but found it was locked with an Irish language message.

The message demanded the man forward €100 via transfer computer to have the virus unlocked.

The virus warns that the person may have accessed pornography and that their device has been frozen by an Irish Government agency.

Computer technician Brian McGarvey of Techie2u Computers Repairs has been repairing computers for 12 years around West Donegal and across the county.

Mr McGarvey said this is the first time he has ever come across a virus written in the Irish language.

“It’s quite a sophisticated and convincing scam. To someone who didn’t have good Irish, it’s looks very legitimate.

“I suspect they have used some kind of translation transfer and only about 60% of the virus makes sense in Irish.

“It has a logo which features an Irish flag and it looks quite official.

“However it looks good enough to scare people and some people might be inclined to hand over some money to have the computer unlocked,” he said.

Mr McGarvey says the company will not even unlock the computer but will take them money via an international money transfer company.

“People could not unlock it themselves but it can be unlocked by a computer technician,” he added.