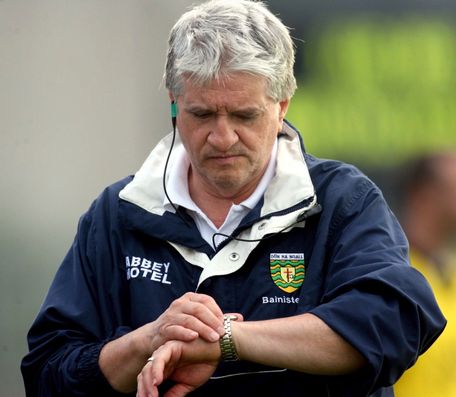 The Tyrone native admitted that he never thought he would ever manage at county level again – because he never wanted to take on Donegal due to the time he had spent here.

He spent last year as an adviser to the Down squad.

The Ardboe man was appointed to the Donegal job in September 2005 and his side reached the Ulster Final in 2006 where they were narrowly beaten by Armagh.

McIver’s side appeared to be making major progress in 2007 when they landed the county’s first ever National League title, beating Mayo in the final.

McIver quit after but several Donegal clubs expressed the view that he should go.

The Tyrone man said he had stepped down after effectively being presented with a “vote of no confidence”.

McIver appeared to have the support of the Donegal squad but it became clear that a significant number of the county’s clubs felt that a change was needed at the top.

“I am delighted to get the [Derry] job and I am looking forward to the challenge,” he said yesterday.

“It’s a really big challenge. When I left Donegal I thought there would be no way I would manage at county level again.

“I got on well with the Donegal players and didn’t think that I could manage against them.

“I had a couple of years with Down and then I was involved with my son Paul, here with the Derry minors. When the nomination came, I didn’t have to think that long and hard about it.”