Cycling Ireland has named An Post-Sean Kelly rider Ronan McLaughlin as the third member of the Irish team for the men’s elite World Road Race Championships in Valkenburg, Holland, next Sunday. 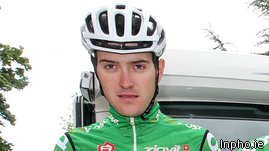 The Donegal man will take his place on the start line next weekend alongside Nicolas Roche and Dan Martin to complete a strong Irish team for the title race.

Roche and Martin had been confirmed on the Irish team for the race last month, but Cycling Ireland at the time opted to hold off on naming the third rider for the team. 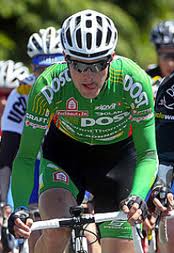 Currently riding with his trade team in the Tour of Britain, McLaughlin rode very strongly in the early miles of the opening stages in a bid to make the breakaways. When that failed he turned his attention to helping Sam Bennett get up for the first of his three top 10 placings, with Bennett heaping praise on McLaughlin in an interview in recent days.

McLaughlin finally made the breakaway on stage 4, and after going on the attack as that escape was caught, he was awarded the combativity prize for his efforts. He was on the attack again today on the 7th and penultimate stage of the race. His demonstration of form this week tilted the Worlds selection process in his favour and he is now confirmed for the Irish team.

From Muff, McLaughlin has been with the Sean Kelly Team from the outset, and rode with them before An Post became involved as a sponsor. While he has ridden the U23 World and European Championships for Ireland he has never ridden an elite Worlds.

Another Muff cyclist, Matthew Doyle, has also been selected for the Junior World Championship at the same event.