DONEGAL TEAM CLEAN UP ON SUNDAY GAME TEAM OF THE YEAR

Eight Donegal players have been named on RTE’s Sunday Game Team of the Year. 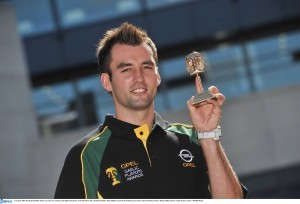 Michael Murphy was named as today’s Man of the Match.

The Sunday Game’s over Player of the Year Award was given to Karl Lacey.