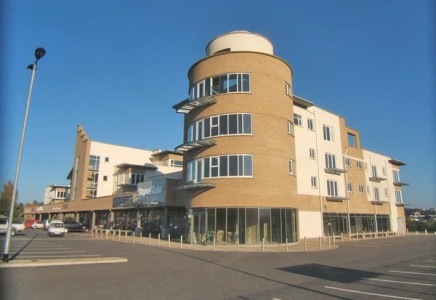 ROCK BOTTOM APARTMENTS PUT ON MARKET FOR JUST OVER €6,000 EACH

Ireland’s cheapest luxury apartments have been put on the market again – for a rock bottom asking price of just over €6,000 each.

The 47 apartments at Navenny in Ballybofey have an asking price of just €295,000.

The property was previously withdrawn at market with a reserve of €550,000 but has been put back on the market.

The apartment block, which is comprised of apartments ranging in size from 63 sq metres to 108 sq metres, is under the control of liquidator Patrick McDermott.

The estate agent selling the apartments Dermot Rainey of Sherry Fitzgerald Rainey says the entire apartment block must be bought as one item.

“This is a fantastic opportunity for a group of four or five people to come together and buy these apartments for the €295,000.

“They can let them sit for five to ten years and not do anything with them.

“They can then either sell the development on or complete them.

“We feel it is a unique opportunity but we have to stress that the project has to be bought as one development,” he said.

Mr Rainey said there was still considerable work to be done on the apartment block but stressed he thought it was still terrific value.

All apartments have either a balcony or a terrace and basement parking is also provided for future tenants.

“It would still cost approximately €1.5 million to full complete the project but we still think it represents excellent value,” he said.

The Sherry Fitzgerald Rainey director also revealed that the apartments would have been each worth between €200,000 and €250,000 at the height of the property boom.

There was controversy when the apartment block was put o the market during a stormy sale back in 2010.