Aston Villa defender Ciaran Clark, whose family hail from Donegal, has been called into the Ireland squad for Friday’s World Cup qualifier against Germany. 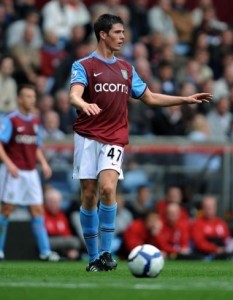 Ireland has been depleted through injury but Clark could use the occasion to his advantage if he gets a start.

Ciaran is the grandson of Vera Clark, originally from Moyle Hill in Milford, but now living in Manorcunningham.

Ciaran’s father Michael, although born in Edinburgh when his family were working in Scotland for a time, is a former student of Drummond National School in Ballyare and played for Milford United under Fr Michael Herrity as a teenager.

Clark has a huge admirer in fellow Aston Villa player Richard Dunne who will also be missing through injury for Friday’s crunch tie.