The Donegal branch of the Teachers’ Union of Ireland (TUI) has expressed concern that the reform of the Junior Certificate will impact negatively on those schools located in communities worst hit by the recession. 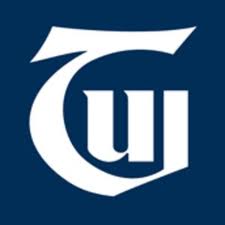 The union has suggested that changes may be driven by a budgetary rather than educational rationale.

TUI said the proposed reforms cannot work effectively without engagement with and buy-in from teachers.

The union has called for the Department of Education and Skills to urgently enter discussions with the teachers unions on the Junior Certificate reforms.

Co. Donegal TUI Branch Chairperson, Ms. Joanne Irwin: “Our members are concerned that the educational case for the proposed changes have not been conclusively made. We are particularly disappointed that teachers were not specifically consulted with on these proposals.”

The TUI believes that the proposals could lead to an increase in workload for teachers and may mean that more of the teacher’s time will be spent on administration leaving less time for students.

The union is also concerned that the reforms will impact negatively on those schools located in communities worst hit by the recession. Schools have had their resources routinely asset-stripped by successive governments and there is a genuine fear that fee paying schools and those schools based in affluent communities where fundraising is an established practice will have a distinct advantage over those schools in areas ravaged by socioeconomic disadvantage where too many students are often without basics such as textbooks, the union said.

TUI accepts the need to constantly improve the educational experience for Junior Cycle students. However, any changes introduced must maintain the credibility and integrity of the assessment to ensure public confidence. The union is concerned that the effective transformation of the Junior Certificate from a high stakes examination to an internal school assessment process may reduce public confidence.

In respect of any new assessment methods, TUI’s long-held position is that time, external moderation, inservice training and payment where appropriate must be provided.