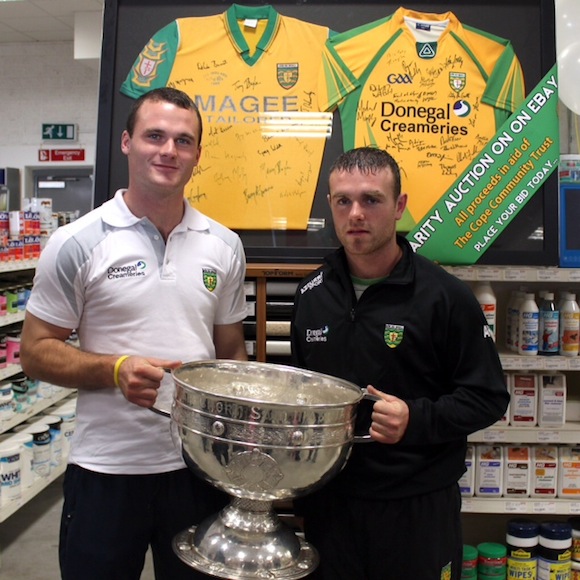 And this is your last chance to get your hands on it in an auction run by The Cope Dungloe.

All Proceeds are in aid of The Cope Community Trust, which is a non-profit making trust set up to assist Local GAA Clubs, Schools.

It is being auctioned on ebay and bidding ends TODAY.

Search Keywords: Donegal Jersey to find the product on ebay.

This is a beautiful piece of Donegal Sporting History, which celebrates the 20th Anniversary of Donegal winning the Sam Maguire.