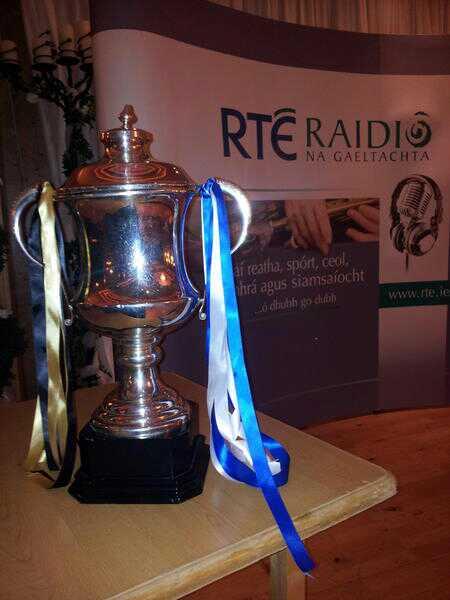 NAOMH CONAILL take on St Eunan’s in today’s county final under the lights in Ballybofey.

And after the county’s success in landing the Sam Maguire, it’s the turn of two parishes to go head-to-head for the Dr Maguire.

Naomh Conaill are, according to the bookies in Letterkenny at least, slight underdogs.

But this one really is too close to call. You might get better odds on a draw.

Whoever wins, the parish that lands a Dr Maguire in the same year as the Sam Maguire can celebrate something really special.

A huge crowd is expected at MacCumhaill Park at a time when gaelic games in the county have never had a higher profile.

Nothing beats being there, as the GAA slogan goes, but for the neutrals who can’t be in Ballybofey, the game is live on TG4 from throw-in at 4pm.

So will it be black and amber ribbons on the Cup tonight – or the blue and white of the men from Glenties, Fintown, Kilraine, Maas and the Glen?

After the most frantic Championship in the history of the county, captains Leo McLoone and Michael Martin will each be hoping to get their hands on the Dr Maguire Cup.

“St Eunan’s have some of the best players of the past decade so it’s going to be tough,” said Naomh Conaill’s Leo.

“It would mean so much for the parish to win; everyone is praying that we’ll do it.”

Said Eunan’s captain Michael: “It’s a huge honour to lead my club on a county final Sunday. We met at the start of the year and said we wanted to win the Championship.

“We’ve all put in a lot of hard work and it all comes down to Sunday now. It’s going to be a tough game.”