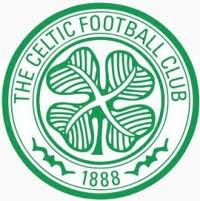 Jim McGuinness has been offered a part-time post with Celtic as performance coach with the club’s Youth Academy, reports in Glasgow suggest.

The Donegal senior football team manager will retain his position with the GAA as part of the deal if he formally accepts the offer.

The 39-year-old All-Ireland winning manager has been offered the job three days per week.

This would allow him to commute between his home here in Donegal and Glasgow.

It’s understood McGuinness, who was a guest of Celtic on Wednesday night for their historic 2-1 win over Barcelona, likes the deal he has been offered.

He now plans to discuss the offer with his family.

Jim’s role as Donegal GAA manager is a voluntary one; he earns his living as a sports psychologist and has helped sports clubs including Derry City and Finn Harps in the past.

He has also worked with golfers like Paul McGinley.

The Glenties man told the BBC last month that he would always consider job offers and would never rule out switching codes.

Celtic pour huge resources into their Academy teams and their scouting systems with manager Neil Lennon keen to push youth to the fore at the club.

One Celtic insider is quoted as saying: “We expect an announcement in the coming days. The club would love to have a coach of Jim’s calibre working with the club.”

Appointing McGuinness to a role in the club would once again cement relations between Celtic Football Club and County Donegal, a tradition going back to the foundation of the side in 1887.

Meanwhile Celtic have drawn St Mirren in the semi-final of the League Cup.