DUNPHY LAUDS DONEGAL GAA TEAM FOR FIGHTING BACK DURING RECESSION

Top broadcaster Eamon Dunphy has used the Donegal GAA team as an example of people who are getting on with their lives in the recession. 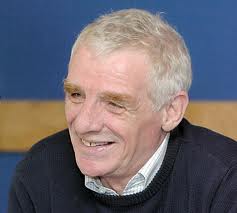 The commentator was speaking on RTE’s The Frontline.

“Look at the Donegal footballers or the Kilkenny hurlers. We are a magnificent people. Let’s see if we can translate that,” he said.

Host Pat Kenny said that it has been noted that people who like sport in Ireland are coping with the recession a little better.

Hopefully that means that sports-mad Donegal is getting ready to fight back in 2013!